Oestrogen Dominance underlies most of the hormonal issues affecting a woman’s health and it is a leading cause of infertility. Pre-menstrual syndrome (PMS), fibroids and endometriosis, fibrocystic breast disease, menstrual cycle irregularities, fluid retention and weight gain, depression and mood swings and hormonal migraines are all due in part to Oestrogen Dominance.

Restoring hormonal balance is one of the key strategies in treating fertility at this Perth naturopathic clinic. As we are a general practice, treating all conditions and age groups, you do not have to be infertile to seek our assistance with these common female complaints. Most symptoms of oestrogen dominance respond fairly quickly to homeopathy and naturopathic dietary and lifestyle modification, usually from the first menstrual cycle.

The role and interaction of the female reproductive hormones is complex. Oestrogen dominance does not mean you have too much oestrogen. In fact levels are usually normal or even low. It occurs because of a relative lack of progesterone in the luteal phase, the second half of the cycle, when progesterone should peak and then fall, resulting in menstruation. Progesterone helps keep the effects of oestrogen in check, but if it remains low the result is known as oestrogen dominance, and any one of the problems we have mentioned may ensue.

The following is a summary of some of the results of oestrogen dominance. They are also signs of progesterone deficiency.

Poor health in general will reduce the chances of conception; but any change from a perfectly healthy hormonal pattern can affect fertility. In the modern world, it is hard to say that many women experience a completely healthy menstrual pattern. In any case, most will benefit from naturopathic treatment and homeopathy.

As always, we treat oestrogen dominant disorders holistically. A woman is more than the sum of her hormones.

From a naturopathic perspective, a poor diet aggravates hormonal problems. Also, the modern world provides many sources of exposure to environmental oestrogens, known as xeno-oestroegens. Pesticides and herbicides, many plastics and the breakdown products of personal care products and detergents also have oestrogenic effects and reduce fertility in both men and women. The widespread use of plastic bottled water has probably contributed towards many cases of unexplained infertility. 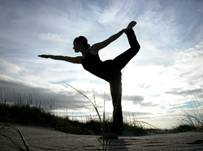 The most essential homeopathic approach is to identify the woman’s “constitutional remedy”. This is the same for any condition we treat. For a woman, however, the symptoms of her menstrual cycle are the most important indicator of her constitutional remedy, regardless of the complaint being treated.

In addition, there are many herbal remedies from the American indigenous tradition that are so useful for female complaints, and we may use them in their homeopathic form or in low dose tinctures.