Breast Cysts and Fibrocystic Breast Lumps can be terrifying when found and in most cases are completely harmless. 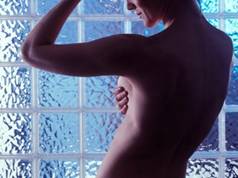 Fibrocystic breast disease is often used as a general term to describe a range of benign breast disorders that affect more than half of women between the ages of 20 and 50. It is used to describe breast pain (mastalgia) and lumps associated with the menstrual cycle that are usually more noticeable in the latter half of the cycle, known as the luteal phase.

Like endometriosis and fibroids, it is a symptom of relative oestrogen dominance and low progesterone. Fibrocystic breast changes are often associated with other symptoms of pre-menstrual syndrome (PMS).

The majority of breast lumps are harmless. However, as symptoms of benign breast changes may mimic those of cancer, we insist that women who complain of these symptoms have seen their doctor and had any necessary investigations before treatment is commenced at our Perth naturopathic clinic. We are non-medical professionals and do not perform examinations but encourage women to do self-examination.

Symptoms of fibrocystic breast changes include mastalgia (breast pain or tenderness), breast lumps, most commonly found to be fibroadenomas and cysts, breast enlargement, nipple soreness, occasionally nipple discharge, a feeling of warmth or burning, and soreness and congestion into the armpit.

Breast cysts are found in around 30% of women between the ages of 35 and 50. They consist of round or oval fluid filled sacs within the breasts. Other fibrocystic changes include fibrosis, adenosis and epithelial hyperplasia.

As they are all dependent on the same pattern of hormonal flux, our approach to treatment will be similar; but it will of course be different to the extent that it will be moderated by other symptoms of the particular patient.

Fibroadenomas are not fibrocystic breast changes but arise from the lobules and consist of glandular breast tissue. They are slippery, firm and non-tender masses. They are hormone dependent and mostly shrink during the peri-menopause. Their cause is not understood fully, but it is thought there is a relationship with use of the Oral Contraceptive Pill.

Our management will be holistic, taking into account all aspects of their menstrual cycle and everything else relative to the patient’s health as a whole. Constitutional and local or lesional homeopathy may be combined with naturopathic counselling regarding lifestyle and dietary factors: a healthy diet in general, providing a good balance of anti inflammatory fatty acids and adequate exercise are important considerations. Restriction of saturated and trans fats, increase of dietary fibre and the inclusion of food sources of phyto-oestrogens help. This is usually quite successful in dealing with this problem. 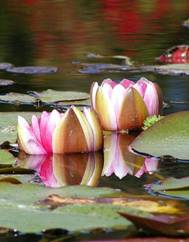 For our fertility patients it is of course an important aspect of treatment to balance the hormones and deal with oestrogen dominance. This is not in itself the issue, but improvements in the fibrocystic lumps can be an indication in overall hormonal health and improvement of the potential fertility.

As this is a general practice, though, you do not have to be a fertility patient to seek our assistance with this common complaint.