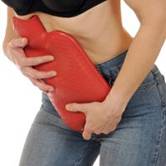 Dysmenorrhoea or menstrual pain is one of the most common disorders of gynaecology. More than 80% of women describe pains during their periods varying from mild to disabling. It is a belief of many doctors and some women that a degree of dysmenorrhoea is normal. But just because it is the usual experience doesn’t mean that it is normal and can’t be improved. In many cases it can even be eliminated with naturopathic and homeopathic approaches.

At this Perth clinic we find that the majority of women being treated for any complaint experience improvement in all symptoms of their cycle, including period pain. This is because both naturopathy and homeopathy are holistic and help balance the individual on all levels: mentally, emotionally and physically.

In fertility cases, of course, one of our primary objectives is to restore harmony to the cycle. We expect to see improvement in period pain as a prime indicator of improving health on the reproductive level. As this is a general practice, a woman does not have to be a fertility client to seek our assistance with this common complaint.

Primary dysmenorrhoea is defined as period pain that is not caused by any underlying pathology of the pelvic organs. Also called functional dysmenorrhoea this problem affects more than 50% of menstruating women.

The causes are not entirely understood but are thought to be related to prostaglandin levels around the onset of menstruation and in response to the drop in progesterone. The incidence is higher in adolescence, and tends to reduce with age and pregnancies. 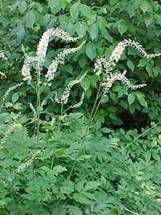 This type of period pain responds well and quickly to naturopathic dietary and lifestyle management, in conjunction with constitutional homeopathic treatment for the whole person.

If needed, homeopathic acute remedies may be taken during the periods, to relieve pain and reduce the need for pharmaceutical drugs. These individually prescribed remedies are chosen on the basis of the character and position of the pain and which physical factors that relieve the pain such as heat, pressure or position. In time, the need for these acute remedies should be eliminated as the health of the person improves fully under the constitutional treatment and naturopathic regime.

Secondary Dysmenorrhoea (Period Pain)
Secondary dysmenorrhoea is caused by an underlying complaint, the more common of which are discussed below:

Adenomyosis is similar, but here the endometrial tissue grows within the muscle wall of the uterus and bleed into it, causing pain.

See the page on the treatment of fibroids, endometriosis and adenomyosis for our approach to this and the next complaint.