Michael Blanch is not only an experienced Naturopathic Practitioner but is also well versed in the area of alternative medicine more commonly known as herbal medicine. 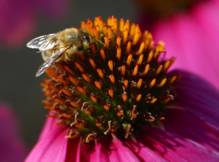 Polycystic Ovarian Syndrome is a common disorder of women of reproductive age, affecting between 5 to 10% of the Australian population. It is the most frequent cause of infertility after the effects of Pelvic Inflammatory Disease, and around 70% of women with PCOS become infertile.

Normally, one or more eggs are released from the ovarian follicles at ovulation. In PCOS these follicles do not mature and cause small cysts in the ovaries.

It is primarily an endocrine and metabolic condition that results in elevated levels of testosterone and other male hormones (androgens), insulin resistance and impaired glucose tolerance, obesity, failure to ovulate and increased risk of heart problems and diabetes. Periods may be absent or irregular, and either heavy or light. Symptoms may also include acne and excess facial hair, and thinning of hair on the head.

Diagnosis is by a combination of ultrasound screening and through signs and symptoms. Only around 8% of women with polycystic ovaries (PCO) will go on to develop the symptoms of PCOS, although 80% of women who do not ovulate and a similar number with excessive hair growth and regular periods will be diagnosed with PCOS.

With homeopathy and naturopathic approaches we treat the person not the diagnosis, including the full spectrum of symptoms: mental, emotional and physical. As you will see below, our focus is on improving your general health. In this way we remove the trigger factors that promote the expression of this problem, much of which can be achieved through diet and lifestyle changes. 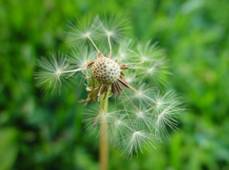 Insulin resistance plays a key role in triggering fully-blown PCOS. Insulin is the hormone that lowers sugar in the blood by promoting its uptake by the cells. In cases of insulin resistance, this means that the blood glucose from a meal is not able to enter the cells and be used for energy. Instead, it is taken up by the liver and converted to fat which is stored in and around the organs and muscles. It appears to be preferentially stored around the abdomen.

Elevated insulin in the blood also inhibits the release of fat for energy production. This situation worsens the obesity. The elevated insulin also upsets the body’s hormone regulation. The ovary secretes high levels of androgens and very little oestradiol, the hormone that stimulates the growth of the uterine lining. The androgens impede normal follicle development.

As ovulation has failed, there is no corpus luteum to stimulate progesterone. This upsets all the natural feed-back mechanisms for a normal menstrual cycle. While oestradiol is low, the other weaker oestrogen, oestrone is high, because of the conversion of androgens in fatty tissues

So what is the cause of this complex situation? And what is the key to naturally treating it with the naturopathic approach, or at least preventing its complications?

It appears there is a family genetic predisposition. However, just as knowledge of a family history of diabetes can empower the individual to take steps with their diet and lifestyle to avoid developing the condition, or moderating or reversing it if it occurs – the same can be said of PCOS.

Excessive weight itself can be a cause of the insulin resistance that can trigger the PCOS in the susceptible individual. Excess weight seems able to initiate hormonal changes that can turn a symptom-free condition into a fully-blown case of PCOS in the susceptible woman. As with diabetes, contributing factors are a poor diet, especially one high in sugar and refined carbohydrates, and lack of exercise.

Naturopathic approaches to dealing with blood sugar problems, including a healthy low gycaemic-index (low GI) diet is the key to managing PCOS and restoring fertility in the majority of cases.

There are many food items that we can advise you to include in your diet that aid in blood sugar regulation, including common dietary spices, sources of soluble fibre and omega-3 fatty acids. There are various vitamins and especially minerals that aid problems with glucose tolerance, but as always we prefer you get these from your diet, rather than from supplements. 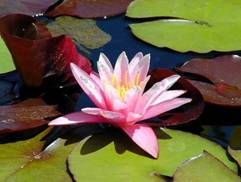 Together with this essential approach, homeopathic medicine can play an important supporting role. The constitutional homeopathic remedy that covers all aspects of the woman’s pattern of health benefits the hormonal pattern in general. It also can normalise food cravings, which include sugar, fat and salty or fried foods. The increase in wellbeing by the constitutional also often empowers the person to commence beneficial exercise programs. This is something that we consistently see.

Supporting the action of the constitutional remedy, other homeopathic remedies may be used at various times of the cycle to aid the process in the individual case. There are other series of remedies, individually prescribed as always, that help modify the genetic expression of negative inherited tendencies, known as “miasms” in homeopathy.

At this Perth naturopathic clinic we help the majority of women with PCOS achieve pregnancy, even if we cannot always reverse or significantly alter the condition. Most, however, achieve a significant improvement in their symptom profile. Periods become more regular and normal and ovulation and positive cervical mucus changes occur.